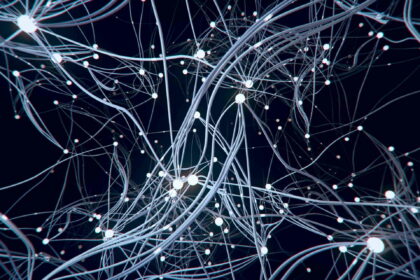 The curriculum of the EITC/AI/DLPTFK Deep Learning with Python, TensorFlow and Keras focuses on practical skills in deep learning Python programming with TensorFlow and Keras libraries organized within the following structure, encompassing comprehensive video didactic content as a reference for this EITC Certification.

Artificial neural networks (ANNs) were inspired by information processing and distributed communication nodes in biological systems. The adjective “deep” in deep learning refers to the use of multiple layers in the network. Early work showed that a linear perceptron cannot be a universal classifier, and then that a network with a nonpolynomial activation function with one hidden layer of unbounded width can on the other hand so be. Deep learning is a modern variation which is concerned with an unbounded number of layers of bounded size, which permits practical application and optimized implementation, while retaining theoretical universality under mild conditions. In deep learning the layers are also permitted to be heterogeneous and to deviate widely from biologically informed connectionist models, for the sake of efficiency, trainability and understandability, whence the “structured” part.

Python is an interpreted, high-level and general-purpose programming language. Python’s design philosophy emphasizes code readability with its notable use of significant whitespace. Its language constructs and object-oriented approach aim to help programmers write clear, logical code for small and large-scale projects. Python is often described as a “batteries included” language due to its comprehensive standard library. Python is commonly used in artificial intelligence projects and machine learning projects with the help of libraries like TensorFlow, Keras, Pytorch and Scikit-learn.

Python is dynamically-typed (executing at runtime many common programming behaviours that static programming languages perform during compilation) and garbage-collected (with automatic memory management). It supports multiple programming paradigms, including structured (particularly, procedural), object-oriented and functional programming. It was created in the late 1980s, and first released in 1991, by Guido van Rossum as a successor to the ABC programming language. Python 2.0, released in 2000, introduced new features, such as list comprehensions, and a garbage collection system with reference counting, and was discontinued with version 2.7 in 2020. Python 3.0, released in 2008, was a major revision of the language that is not completely backward-compatible and much Python 2 code does not run unmodified on Python 3. With Python 2’s end-of-life (and pip having dropped support in 2021), only Python 3.6.x and later are supported, with older versions still supporting e.g. Windows 7 (and old installers not restricted to 64-bit Windows).

Python interpreters are supported for mainstream operating systems and available for a few more (and in the past supported many more). A global community of programmers develops and maintains CPython, a free and open-source reference implementation. A non-profit organization, the Python Software Foundation, manages and directs resources for Python and CPython development.

As of January 2021, Python ranks third in TIOBE’s index of most popular programming languages, behind C and Java, having previously gained second place and their award for the most popularity gain for 2020. It was selected Programming Language of the Year in 2007, 2010, and 2018.

An empirical study found that scripting languages, such as Python, are more productive than conventional languages, such as C and Java, for programming problems involving string manipulation and search in a dictionary, and determined that memory consumption was often “better than Java and not much worse than C or C++”. Large organizations that use Python include i.a. Wikipedia, Google, Yahoo!, CERN, NASA, Facebook, Amazon, Instagram.

TensorFlow is a free and open-source software library for machine learning. It can be used across a range of tasks but has a particular focus on training and inference of deep neural networks. It is a symbolic math library based on dataflow and differentiable programming. It is used for both research and production at Google.

TensorFlow was developed by the Google Brain team for internal Google use. It was released under the Apache License 2.0 in 2015.

Starting in 2011, Google Brain built DistBelief as a proprietary machine learning system based on deep learning neural networks. Its use grew rapidly across diverse Alphabet companies in both research and commercial applications. Google assigned multiple computer scientists, including Jeff Dean, to simplify and refactor the codebase of DistBelief into a faster, more robust application-grade library, which became TensorFlow. In 2009, the team, led by Geoffrey Hinton, had implemented generalized backpropagation and other improvements which allowed generation of neural networks with substantially higher accuracy, for instance a 25% reduction in errors in speech recognition.

TensorFlow is Google Brain’s second-generation system. Version 1.0.0 was released on February 11, 2017. While the reference implementation runs on single devices, TensorFlow can run on multiple CPUs and GPUs (with optional CUDA and SYCL extensions for general-purpose computing on graphics processing units). TensorFlow is available on 64-bit Linux, macOS, Windows, and mobile computing platforms including Android and iOS. Its flexible architecture allows for the easy deployment of computation across a variety of platforms (CPUs, GPUs, TPUs), and from desktops to clusters of servers to mobile and edge devices. TensorFlow computations are expressed as stateful dataflow graphs. The name TensorFlow derives from the operations that such neural networks perform on multidimensional data arrays, which are referred to as tensors. During the Google I/O Conference in June 2016, Jeff Dean stated that 1,500 repositories on GitHub mentioned TensorFlow, of which only 5 were from Google. In December 2017, developers from Google, Cisco, RedHat, CoreOS, and CaiCloud introduced Kubeflow at a conference. Kubeflow allows operation and deployment of TensorFlow on Kubernetes. In March 2018, Google announced TensorFlow.js version 1.0 for machine learning in JavaScript. In Jan 2019, Google announced TensorFlow 2.0. It became officially available in Sep 2019. In May 2019, Google announced TensorFlow Graphics for deep learning in computer graphics.

Keras is an open-source software library that provides a Python interface for artificial neural networks. Keras acts as an interface for the TensorFlow library.

Up until version 2.3 Keras supported multiple backends, including TensorFlow, Microsoft Cognitive Toolkit, Theano, and PlaidML. As of version 2.4, only TensorFlow is supported. Designed to enable fast experimentation with deep neural networks, it focuses on being user-friendly, modular, and extensible. It was developed as part of the research effort of project ONEIROS (Open-ended Neuro-Electronic Intelligent Robot Operating System), and its primary author and maintainer is François Chollet, a Google engineer. Chollet also is the author of the XCeption deep neural network model.

Keras contains numerous implementations of commonly used neural-network building blocks such as layers, objectives, activation functions, optimizers, and a host of tools to make working with image and text data easier to simplify the coding necessary for writing deep neural network code. The code is hosted on GitHub, and community support forums include the GitHub issues page, and a Slack channel.

In addition to standard neural networks, Keras has support for convolutional and recurrent neural networks. It supports other common utility layers like dropout, batch normalization, and pooling. Keras allows users to productize deep models on smartphones (iOS and Android), on the web, or on the Java Virtual Machine. It also allows use of distributed training of deep-learning models on clusters of Graphics processing units (GPU) and tensor processing units (TPU). Keras has been adopted for use in scientific research due to Python (programming language) and its own ease of use and installation. Keras was the 10th most cited tool in the KDnuggets 2018 software poll and registered a 22% usage.