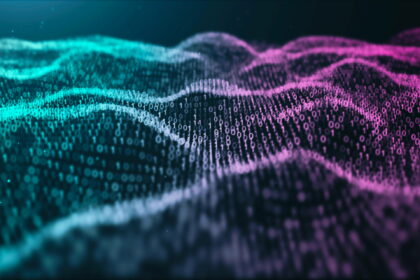 The curriculum of the EITC/AI/TFF TensorFlow Fundamentals focuses on the theoretical aspects and practical skills in using TensorFlow library organized within the following structure, encompassing comprehensive video didactic content as a reference for this EITC Certification.

TensorFlow is a free and open-source software library for machine learning. It can be used across a range of tasks but has a particular focus on training and inference of deep neural networks. It is a symbolic math library based on dataflow and differentiable programming. It is used for both research and production at Google.

TensorFlow was developed by the Google Brain team for internal Google use. It was released under the Apache License 2.0 in 2015.

Starting in 2011, Google Brain built DistBelief as a proprietary machine learning system based on deep learning neural networks. Its use grew rapidly across diverse Alphabet companies in both research and commercial applications. Google assigned multiple computer scientists, including Jeff Dean, to simplify and refactor the codebase of DistBelief into a faster, more robust application-grade library, which became TensorFlow. In 2009, the team, led by Geoffrey Hinton, had implemented generalized backpropagation and other improvements which allowed generation of neural networks with substantially higher accuracy, for instance a 25% reduction in errors in speech recognition.

TensorFlow is Google Brain’s second-generation system. Version 1.0.0 was released on February 11, 2017. While the reference implementation runs on single devices, TensorFlow can run on multiple CPUs and GPUs (with optional CUDA and SYCL extensions for general-purpose computing on graphics processing units). TensorFlow is available on 64-bit Linux, macOS, Windows, and mobile computing platforms including Android and iOS. Its flexible architecture allows for the easy deployment of computation across a variety of platforms (CPUs, GPUs, TPUs), and from desktops to clusters of servers to mobile and edge devices. TensorFlow computations are expressed as stateful dataflow graphs. The name TensorFlow derives from the operations that such neural networks perform on multidimensional data arrays, which are referred to as tensors. During the Google I/O Conference in June 2016, Jeff Dean stated that 1,500 repositories on GitHub mentioned TensorFlow, of which only 5 were from Google. In December 2017, developers from Google, Cisco, RedHat, CoreOS, and CaiCloud introduced Kubeflow at a conference. Kubeflow allows operation and deployment of TensorFlow on Kubernetes. In March 2018, Google announced TensorFlow.js version 1.0 for machine learning in JavaScript. In Jan 2019, Google announced TensorFlow 2.0. It became officially available in Sep 2019. In May 2019, Google announced TensorFlow Graphics for deep learning in computer graphics.