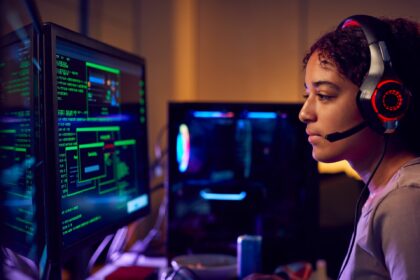 The Open Web Application Security Project (OWASP) offers resources that are both free and open. A non-profit OWASP Foundation is in charge of it. The 2017 OWASP Top 10 is the outcome of current study based on extensive data gathered from over 40 partner organizations. Approximately 2.3 million vulnerabilities were detected across over 50,000 applications using this data. The top ten most critical online application security concerns, according to the OWASP Top 10 – 2017, are:

Web applications are considered high-priority targets by the perpetrators because:

Input/output sanitization flaws are common in web applications, and they’re frequently exploited to either change source code or get unauthorized access.

These flaws allow for the exploitation of a variety of attack vectors, including:

In theory, effective input/output sanitization might eradicate all vulnerabilities, rendering an application impervious to unauthorized modification.

However, because most programs are in a perpetual state of development, comprehensive sanitization is rarely a viable option. Furthermore, apps are commonly integrated with one another, resulting in a coded environment that is becoming increasingly complex.

To avoid such dangers, web application security solutions and processes, such as PCI Data Security Standard (PCI DSS) certification, should be implemented.

WAFs (web application firewalls) are hardware and software solutions that protect applications from security threats. These solutions are designed to inspect incoming traffic in order to detect and block attack attempts, compensating for any code sanitization flaws.

WAF deployment addresses a crucial criterion for PCI DSS certification by protecting data against theft and modification. All credit and debit cardholder data maintained in a database must be safeguarded, according to Requirement 6.6.

Because it is put ahead of its DMZ at the network’s edge, establishing a WAF usually does not necessitate any changes to an application. It then serves as a gateway for all incoming traffic, filtering out dangerous requests before they can interact with an application.

To assess which traffic is allowed access to an application and which has to be weeded out, WAFs employ a variety of heuristics. They can quickly identify malicious actors and known attack vectors thanks to a regularly updated signature pool.

Almost all WAFs may be tailored to individual use cases and security regulations, as well as combating emerging (also known as zero-day) threats. Finally, to acquire additional insights into incoming visitors, most modern solutions use reputational and behavior data.

In order to build a security perimeter, WAFs are usually combined with additional security solutions. These could include distributed denial-of-service (DDoS) prevention services, which give the extra scalability needed to prevent high-volume attacks.

For further details, one can check the OWASP Web Application Security Testing Cheat Sheet (it’s also a great resource for other security-related topics).

DDoS assaults, or distributed denial-of-service attacks, are a typical way to interrupt a web application. There are a number of approaches for mitigating DDoS assaults, including discarding volumetric attack traffic at Content Delivery Networks (CDNs) and employing external networks to appropriately route genuine requests without causing a service interruption.

The domain name system, or DNS, is the Internet’s phonebook, and it reflects how an Internet tool, such as a web browser, finds the relevant server. DNS cache poisoning, on-path attacks, and other means of interfering with the DNS lookup lifecycle will be used by bad actors to hijack this DNS request process. If DNS is the Internet’s phone book, DNSSEC is unspoofable caller ID. A DNS lookup request can be protected using the DNSSEC technology.