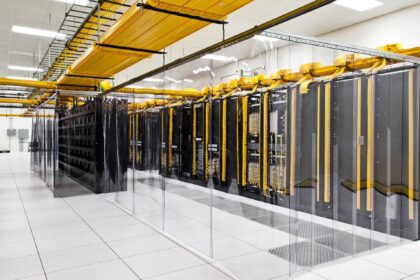 EITC/IS/LSA Linux System Administration is the European IT Certification programme on administration and security management in Linux, an open-source networking operating system often used in servers with a worldwide leading position.

The curriculum of the EITC/IS/LSA Linux System Administration focuses on knowledge and practical skills in administration and security management in Linux organized within the following structure, encompassing comprehensive video didactic content as a reference for this EITC Certification.

Linux is a collection of open-source Unix-like operating systems, which are generally accepted as a leading standard for network servers operating systems, based on Linus Torvalds’ Linux kernel, which was initially released in 1991. The Linux kernel, as well as accompanying system software and libraries, are commonly bundled in a Linux distribution, with many of them being licensed under the GNU Project. Although many Linux distributions use the term “Linux”, the Free Software Foundation prefers the term “GNU/Linux” to underline the significance of GNU software.

Debian, Fedora, and Ubuntu are all popular Linux distributions. Red Hat Enterprise Linux and SUSE Linux Enterprise Server are two commercial distributions. A windowing system like X11 or Wayland, as well as a desktop environment like GNOME or KDE Plasma, are included in desktop Linux distributions. Server distributions may or may not include graphics, or may include a solution stack such as LAMP. Anyone can produce a distribution for any purpose because Linux is a freely redistributable open-source software.

Linux was created for Intel’s x86 architecture-based personal computers, but it has subsequently been ported to more platforms than any other operating system. Linux has the greatest installed base of all general-purpose operating systems due to the dominance of the Linux-based Android on smartphones. Despite the fact that Linux is only used by only 2.3 percent of desktop computers, the Chromebook, which runs the Linux kernel-based Chrome OS, dominates the US K–12 education market and accounts for about 20% of all sub-$300 laptop sales. Linux is the most popular operating system for servers (about 96.4 percent of the top 1 million web servers run Linux), as well as other big iron systems like mainframe computers and TOP500 supercomputers (since November 2017, having gradually eliminated all competitors).

Linux is also available for embedded systems, which are devices whose operating system is often incorporated in the firmware and is highly customized to the system. Routers, automation controls, smart home technology, televisions (Samsung and LG Smart TVs use Tizen and WebOS, respectively), automobiles (Tesla, Audi, Mercedes-Benz, Hyundai, and Toyota all use Linux), digital video recorders, video game consoles, and smartwatches are all examples of Linux-based devices. The avionics of the Falcon 9 and Dragon 2 are based on a customized version of Linux.

Linux is one of the most renowned examples of free and open-source software collaboration. Under the rules of its individual licenses, such as the GNU General Public License, the source code may be used, updated, and distributed commercially or non-commercially by anybody.

The Linux kernel was not designed, but rather evolved through natural selection, according to several open source developers. Although the Unix architecture acted as a scaffolding, Torvalds believes that “Linux evolved with a lot of mutations – and because the mutations were less than random, they were faster and more directed than alpha-particles in DNA.” The revolutionary characteristics of Linux, according to Eric S. Raymond, are social rather than technical: before Linux, sophisticated software was painstakingly built by small groups, but “Linux grew up in a very different way. It was hacked on almost inadvertently from the start by large groups of volunteers who communicated solely through the Internet. The stupidly simple technique of publishing every week and receiving input from hundreds of users within days, generating a form of quick Darwinian selection on the mutations brought by developers, rather than rigorous standards or dictatorship, was used to preserve quality.” “Linux wasn’t designed, it evolved,” says Bryan Cantrill, an engineer for a competing OS, but he sees this as a limitation, claiming that some features, particularly those related to security, cannot be evolved into, because “this isn’t a biological system at the end of the day, it’s a software system.” A Linux-based system is a modular Unix-like operating system that draws much of its architectural inspiration from Unix principles developed in the 1970s and 1980s. A monolithic kernel, the Linux kernel, is used in such a system to handle process control, networking, peripheral access, and file systems. Device drivers are either built into the kernel directly or added as modules that are loaded while the system runs.

A Linux system’s installed components include the following:

Text-based user interfaces, or CLI shells, employ text for both input and output. The Bourne-Again Shell (bash), which was created for the GNU project, is the most widely used shell under Linux. The CLI is used entirely by most low-level Linux components, including various sections of the userland. The CLI is especially well-suited to automating repeated or delayed operations, and it allows for relatively easy inter-process communication.

The GUI shells, packed with full desktop environments such as KDE Plasma, GNOME, MATE, Cinnamon, LXDE, Pantheon, and Xfce, are the most popular user interfaces on desktop systems, while a number of other user interfaces exist. The X Window System, also known as “X,” underpins the majority of popular user interfaces. It enables network transparency by allowing a graphical application operating on one machine to be displayed on another, where a user can interact with it; however, some X Window System extensions are not capable of working over the network. There are several X display servers, the most popular of which is X.Org Server, which is the reference implementation.

Server distributions may provide a command-line interface for developers and administrators, but may also include a bespoke interface for end-users that is tailored to the system’s use-case. This custom interface is accessed via a client running on a different system that isn’t necessarily Linux-based.

Wayland is a display server protocol that was designed to replace the X11 protocol, however it has yet to gain widespread use as of 2014. Wayland, unlike X11, doesn’t require an external window manager or compositing manager. As a result, a Wayland compositor serves as a display server, window manager, and compositing manager all in one. Wayland’s reference implementation is Weston, although Mutter and KWin from GNOME and KDE are being converted to Wayland as standalone display servers. Since version 19, Enlightenment has been successfully ported.