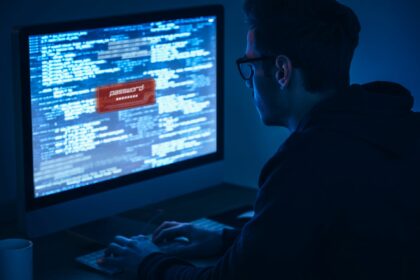 Web application security (often referred to as Web AppSec) is the concept of designing websites to function normally even when they are attacked. The notion is integrating a set of security measures into a Web application to protect its assets from hostile agents. Web applications, like all software, are prone to flaws. Some of these flaws are actual vulnerabilities that can be exploited, posing a risk to businesses. Such flaws are guarded against via web application security. It entails employing secure development approaches and putting in place security controls throughout the software development life cycle (SDLC), ensuring that design flaws and implementation issues are addressed. Online penetration testing, which is carried out by experts who aim to uncover and exploit web application vulnerabilities using a so-called white hacking approach, is an essential practice in order to enable appropriate defense.

The pen testing procedure is divided into five steps.

Penetration testing and WAFs are two separate but complementary security techniques. The tester is likely to leverage WAF data, such as logs, to find and exploit an application’s weak areas in many types of pen testing (with the exception of blind and double blind tests).

In turn, pen testing data can help WAF administrators. Following the completion of a test, WAF configurations can be modified to protect against the flaws detected during the test.

What is the significance of web security testing?

The goal of web security testing is to identify security flaws in Web applications and their setup. The application layer is the primary target (i.e., what is running on the HTTP protocol). Sending different forms of input to a Web application to induce problems and make the system respond in unexpected ways is a common approach to test its security. These “negative tests” look to see if the system is doing anything it wasn’t intended to accomplish.

It’s also vital to realize that Web security testing entails more than just verifying the application’s security features (such as authentication and authorization). It’s also crucial to ensure that other features are deployed safely (e.g., business logic and the use of proper input validation and output encoding). The purpose is to make sure that the Web application’s functions are safe.

What are the many types of security assessments?

The vast majority of attacks on web applications include:

In today’s Internet environment, a Web application might be harmed by a variety of challenges. The graphic above depicts a few of the most common attacks perpetrated by attackers, each of which can cause significant damage to an individual application or an entire business. Knowing the many assaults that render an application vulnerable, as well as the possible results of an attack, allows company to resolve vulnerabilities ahead of time and effectively test for them.

Mitigating controls can be established throughout the early phases of the SDLC to prevent any issues by identifying the root cause of the vulnerability. During a Web application security test, knowledge of how these threats work can also be used to target known places of interest.

Recognizing the impact of an attack is also important for managing company’s risk, as the impacts of a successful attack may be used to determine the severity of the vulnerability overall. If vulnerabilities are discovered during a security test, determining their severity allows company to prioritize remedial efforts more effectively. To reduce risk to company, start with critical severity issues and work one’s way down to lower impact ones.

During a web application security test, what features should be examined?

During Web application security testing, consider the following non-exhaustive list of features. An ineffective implementation of each could result in weaknesses, putting company at danger.